The Value of a Solid Support System During Retirement

For New Year’s, a lot of people make a resolution to improve their health. Some commit to eating a healthier diet, while others pledge to make it to the gym more often. While these steps are no doubt good for your health, it might be just as important to resolve to build and nurture your interpersonal relationships in order to improve your wellbeing in 2020 and beyond.

Sociologists who study human relationships often tout the importance of “social capital,” which is comprised of the positive, healthy relationships that we create and maintain. This is the social safety net of people who will be there to help you when needed. As we grow older, this support system can become increasingly invaluable, but it can also be more difficult to cultivate these important relationships.

The trend toward smaller networks

I’ve written before about the detrimental health effects of loneliness and isolation, as well as the so-called “loneliness epidemic” that is impacting many seniors today. There as a number of factors that are creating this decline in social capital and the resulting increase in loneliness among older people.

Pew Research found that nearly 20 percent of women who are now reaching retirement age never had children, almost double the rate of previous generations of women. As a result, these women (and their partners) are less likely to have a family member to help care for them as they grow older. Similarly, because people are more mobile and spread out than they once were, even people who did have children may not have an adult child who lives nearby.

Other societal trends are also impacting the social capital that seniors may have at their disposal. Fewer of today’s seniors attend religious services or are members of other social-type organizations or clubs, thus decreasing their network of potential support people. And in recent years, the divorce rate for people age 50 and over rose to the highest-ever rate, so more people are aging alone.

The resulting impact on social capital

A 20-year longitudinal study conducted by researchers at the University of Michigan’s Institute for Social Research and sponsored by the National Institute on Aging (NIA) and the Social Security Administration (SSA) found similar trends when it comes to declining social capital among seniors. Included in the 2017 report on the Health and Retirement Study (HRS), which examined trends in the social networks of 61- to 63-year-olds over two decades (1994-2014):

These Pew and HRS numbers are concerning on several levels. Not only are more and more seniors working at a deficit in their access to the emotional support that comes from social capital, we are also on a collision course with a caregiving crisis.

People are living longer than they once did. Since many seniors have traditionally relied on friends and family members to assist them with their care needs (such as help with activities of daily living), there is going to be a serious caregiver supply and demand emergency when the decline in social capital intersects with the large numbers of aging Americans.

>> Related: The Challenge of Long-Distance Caregiving

Thankfully there are a number of potential solutions to avert this crisis situation. The key is to take action sooner rather than later to build your safety net and increase that all-important social capital.

Make the effort to grow the connections you already have with friends and family members. Invite people over for cocktails or dinner. Start a game or book club. Organize a group outing or trip. By nurturing these existing relationships, people will likely extend invitations to you in the future.

A new friend may be just around the corner! It is important to get to know your neighbors, especially if you plan to remain in your current home as you age. Walk your neighborhood when the weather is nice and say hello to the people you pass (also a good way to get some healthy exercise!). A block party or holiday open house is another great way to meet neighbors you may not know.

If your current neighborhood isn’t conducive to meeting new people and building social capital, it may be worth considering a new home. Multi-family buildings (condominiums and apartments) or co-housing communities (where neighbors enjoy some shared common spaces) can make it easier to meet others than single-family homes.

Retirement communities, including continuing care retirement communities (CCRCs or life plan communities) are also wonderful places to meet new people and form bonds with friends. (CCRCs offer the additional advantage of providing residents with a continuum of care services if and when they are needed.)

>> Related: Why Every Retiree Should Consider a Retirement Community

A safety net for your future

Living a healthy life requires more than just eating nutritious foods and getting regular exercise. Overall physical and mental health is closely tied to the connections we have with other people. Those important relationships boost your social capital and in turn can improve your wellbeing in the long-term by providing you with a support system in times of need—emotionally or physically. And the best part is it’s never too late to look for ways to build or expand your social safety net. 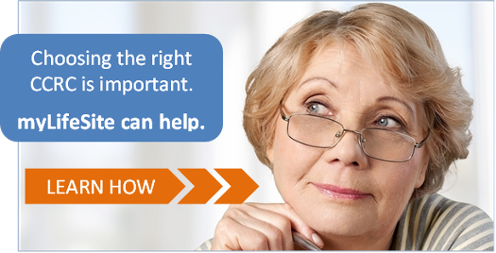